The Master's quotes & quotes about the Master!

“I was mostly surprised by the rap artists, actually, that were influenced by Sabbath. That was a surprise. But it's very nice and I'm very honoured. It's nice to know after 27 years now that what I said in the first place has stuck, and that was the belief in it.”
Tony Iommi

“Tony was a very versatile guitarist. He was playing blistering rock 'n' roll with us plus Shadows stuff. He also loved jazz, in particular Joe Pass.”
Neil Cassin

“Without Tony Iommi we would not be here talking about Horror Rock, Metal, and a myriad of sub genres.”
Eduardo Vitolo

“Tony Iommi is the King of heavy riff.’’
James Hetfield

“It's pretty much the trademark album of the originators of heavy metal. Tony Iommi is very different to a lot of guitar players, his phrasing is very different…his riffs and his rhythm playing is the shit on that album [Paranoid].”
Mark Tremonti

“There's just something about that whole record that, when you're a kid and you're turned onto it, it's like a whole different world. It just opens up your mind to another dimension… Paranoid is the whole Sabbath experience; very indicative of what Sabbath meant at the time. Tony's playing style — doesn’t matter whether it's off Paranoid or if it's off Heaven and Hell — it's very distinctive.”
Slash

“ Black Sabbath is and always will be synonymous with heavy metal”.
Lars Ulrich

"When you say Heavy Metal, you might as well say -- Music derivative of Black Sabbath.”
Lars Ulrich

‘’Tony Iommi is the real father of heavy metal, a constantly evolving genius, a master of riffs and one of the greatest people in the world!’’
Brian May

“Tony's been tremendous because he lost the end of a couple of his fingers - so even more power to him to come through that and become one of the legends of metal!”
Janick Gers

”Iron Man, Black Sabbath and Paranoid boast some of the most memorable riffs of all time, with lumbering heavy metal and crushingly heavy choruses. Iommi’s playing is certainly immortalized through the generations of heavy metal bands that have followed.”
Gibson Corporation

“Songwriting with Tony is incredible - with him not to talk about it, everyone knows what will happen. Tony can play riffs endlessly, even sometimes it is necessary to stop him.”
Geezer Butler

“During our first meeting, Tony Iommi was a great jazz guitarist, his capabilities cover all styles – Black Sabbath has even narrowed his horizons.”
Geezer Butler

“Tony Iommi - the undisputed king of demonic heavy rock riffs. In this area, no one had never surpassed him.”
Ozzy Osbourne

“Black Sabbath - one of the world's universal language of music. I felt proud, for three or four minutes of my life combining my voice with Tony Iommi’s guitar sound.”
Henry Rollins

“The doom tone, solos and very bright riffs of Tony Iommi - is the impersonation of a metal guitar.”
Bobby Gustafson

“Iommi wasn't just a guitar player, but rather a sonic dramaturge and literateur.”
Ultimate Guitar

“Every second of Paranoid album reeked of class and unutterable discernment; the guitarist was playing with the same sense of sublime perfection that only the best writers and graphic artists invoke.”
Marc S. Tucker


“Tony Iommi is not only an Iconic Guitarist, an Iconic Person as well.”
Randy Young

“Tony is incredible. Just one of those naturally talented guys; you could have given him some Mongolian bagpipes and he’d have learned how to do a blues riff on them in a couple of hours.”
Ozzy Osbourne


“The feeling you get from playing to a good audience is hard to describe without sounding as though you are talking silly. But reaction is important. You might feel in yourself that you’re doing it ok but it’s when you get the live reaction that you know you’re doing it right.”
Tony Iommi

«There is only one Sabbath guitarist, and he is the architect for everything: Tony Iommi.”
Zakk Wylde

“Every time I see him play, it hits me how much he had to overcome. I have so much awe and respect for Tony Iommi because of that.”
Ozzy Osbourne

"Without Tony's riffs we wouldn't have had any chance to do something. He is always the boss."
Ozzy Osbourne

"Without Tony heavy metal wouldn't exist. He is the creator of heavy! Tony is a legend. He took rock and roll and turned it into heavy metal."
Eddie Van Halen

"I think my illness, in one way, has helped everybody, because it's brought the reality of you really don't know how long this is going to last. It was easy to take things for granted before. I think everyone now appreciates what we've got and what we get to do."
Tony Iommi

“The thing I love about Mr. Iommi is just how evil his riffs sound. It’s not only about that b5 note that invented a whole genre on ‘Black Sabbath, but it’s also his rhythms and grooves. Listen to the middle of "Children of the Grave". You can almost envision thousands of people in cloaks gathering for a huge mass. Then there’s the middle part of "Sabbath Bloody Sabbath". It’s like the man can afford to use one of the best riffs ever as a small middle section in a song. If anybody else came up with that riff, it would be his magnum opus, his greatest achievement. But not Tony Iommi. He’s got thousands of those riffs. He’s not just an innovator. He’s inspirational.”
Gus G

"I love Tony. He is a kind, gentle and generous man. Tony and I are brothers. Tony is the Riff King! He would write me three riff songs every day for writing my lyrics on. We all know you want a new Iommi / Hughes album!"
Glenn Hughes

“Throughout feuds, fights, arguments and falling out I’ve always said one thing. There is no other player on the face of the earth that can beat Tony Iommi for riffs. He is the king of riffs. “
Ozzy Osbourne

"Officially, we didn't have a band leader. Unofficially, we all knew it was Tony. He was the oldest, the tallest, the best fighter, the best looking, the most experienced, and the most obviously talented. He'd really started to look the part, too. He'd gone out and bought this black suede cowboy jacket with tassels on the arms, which the chicks loved. We all knew that Tony belonged right up there with the likes of Clapton and Hendrix. Pound for pound, he could match any of them. He was our ticket to the big time. Maybe that's why I felt so intimidated by him, even after we became friends. Or maybe it was just because he's such a private and reserved person. You never really know what's going on inside Tony Iommi's head."
Ozzy Osbourne

"People can argue this, and I do get into this nerd arguments with my friends sometimes when we're drinking, but, for me, it's Black Sabbath. It all started with them. You had these guys who lived in Birmingham, England, in a really depressed , post-World War II manufacturing town, and it just made sense that the music they started making just had this really dark, heavy sound. And for me, the first three or four Black Sabbath records are kind of the blueprint for heavy metal. Tony Iommi wrote every riff there was to write, and everything that came after was just a derivative of it in some way, shape or form. But, for me, it all started with Black Sabbath."
Ian Scott - Anthrax

"Sabbath were without a doubt the very first heavy metal band to ever come into existance. We should not only look at what Sabbath has achieved, and what they've meant to the metal world, but also how they continue to inspire new music. For a band to make it through the 60s, the 70s, the 80s, the 90s, and still be looked upon as a leader is a tremendous musical accomplishment"
Rob Halford

"Tony Iommi, we’ve been mates for over forty years. There’s no doubt about it, Tony paved the way for metal as we know it today. He’s also one of the most kind, loving, lovely men I’ve ever met."
Rick Wakeman 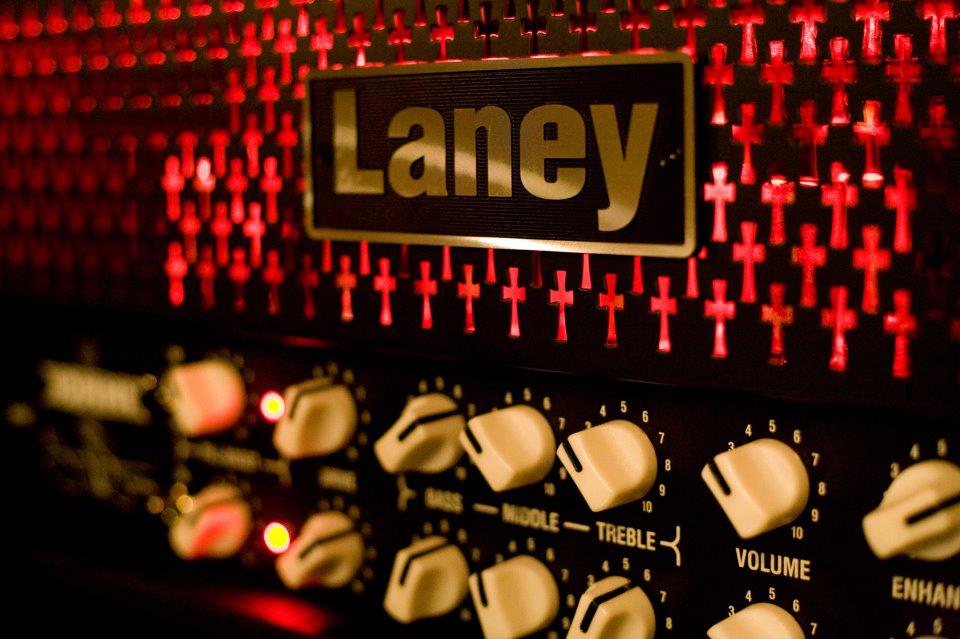